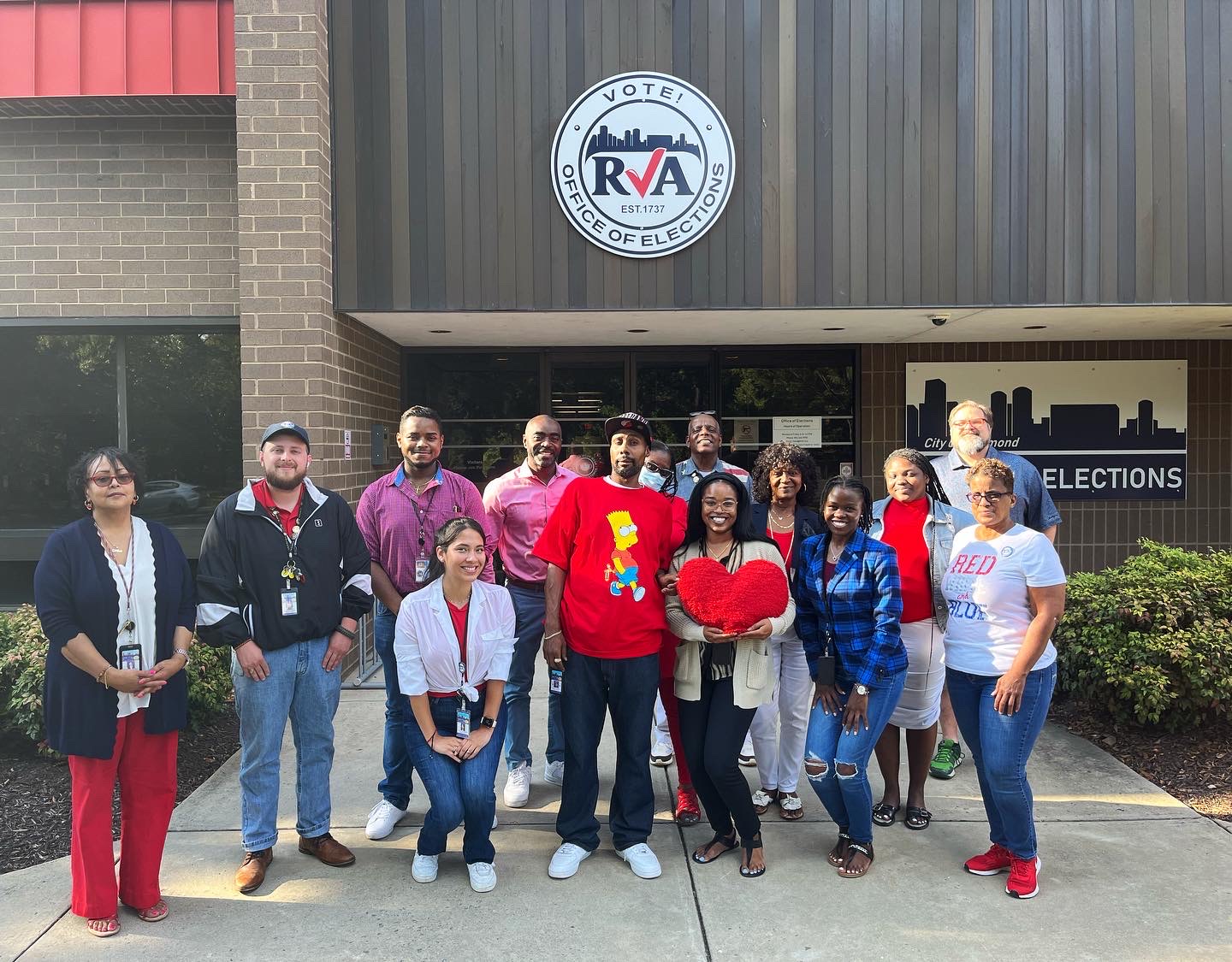 Virginia has 133 independent cities and counties, ranging in population from under 3,000 to over 1 million. Each independent city and county has one general registrar and a three-member electoral board. These four individuals are responsible for all aspects of voter registration and election administration in their locality. As the top elections official, the General Registrar is the public face of the local electoral process.

With a population of 228,501 Richmond is the 4th largest city and the 10th largest locality in the Commonwealth. There are over 160,000 registered voters in the city, a number that continues to increase thanks to the continued growth of our city.

Led by Keith Balmer, the city’s General Registrar, the Office of Elections is staffed by over 20 dedicated full-time employees who have a strong sense of pride and commitment in the work they perform. Our office recruits and trains hundreds of election officers who make sure that voters are able to cast their ballots and have their voices heard on Election Day.

The Electoral Board is responsible for appointing the General Registrar/Director of Elections and the Election Officers, as well as provide policy guidance regarding the administration of elections. The current members of the Richmond City Electoral Board are: Chairman James M. Nachman, Vice Chairwoman Joyce K. Smith, and Secretary C. Starlet Stevens.

The Office of Elections enacts policies set by the State Board of Elections and by the Electoral Board. The goal of this office is to conduct accurate, secure, and accessible elections, providing an important opportunity for voters to participate in the bedrock of our democracy. The Office of Elections prides itself in being an innovative, creative, and well-respected leader within the elections community for its programs, outreach, and education.

The right to vote is the foundational principle of our democracy. The Richmond City Office of Elections seeks to promote this principle in four ways.

1. To conduct fair and honest elections.

2. To certify election results in a manner that is transparent.

3. To enfranchise eligible citizens who register to vote.

4. To promote the value of voter education throughout our city.

Keith Balmer was sworn in on May 10, 2021 as the first African American General Registrar for the City Of Richmond. Historically, he is just the third person to serve as Richmond’s top elections official in the last 50 years. A native of North Carolina, he graduated from Virginia Commonwealth University in 2000 with a B.A. in Mass Communications and a minor in African American Studies.

Mr. Balmer’s career began in 2010 when he served as a poll worker in an election he chose to work in honor of his late Godfather, who served for years as a poll worker for the City Of Richmond. Shortly thereafter, he was hired to work in the registrar’s office where he specialized in Election Day logistics and training.

In 2013 he joined the registrar’s office in Alexandria where he served as their Absentee Coordinator. He would eventually return to the Richmond City elections office in 2014 where he specialized in voter registration and candidate filing.

In 2018 Mr. Balmer accepted an offer to serve as a liaison for the Virginia Department of Elections where he provided guidance and training to General Registrars across the state. In addition, he served as the state’s Subject Matter Expert on Absentee Voting and Risk Limiting Audits.

As General Registrar, Mr. Balmer has rebranded the Voter Registration Office to the Office of Elections. He also introduced Richmond’s first-ever bilingual ballot to provide inclusiveness and accessibility to members of the city’s growing Hispanic community.

Mr. Balmer has a unique story, one in which he has worked in every capacity within election administration, gaining valuable insight while providing excellent customer service to voters, candidates, officeholders, third party organizations, and members of the media.