Pardon the disruption, we are working to make Broad Street better.

This project is intended to enhance the overall character of Broad Street, complement the Pulse BRT project, and establish a unified design for one of the City’s primary gateway corridors utilizing state and federal funds through VDOT’s SMART SCALE program.

The Streetscape project limits are from Hamilton Street to Laurel Street and improvements are limited to the public right-of-way. The project will replace sidewalks throughout the corridor and upgrade curb ramps to improve accessibility for pedestrians, wheelchair users, people with visual impairments etc. New trees will be planted to provide greenery and shade to pedestrians and street furniture such as benches, trash cans, and bike racks will be placed along Broad Street. Decorative light fixtures will be installed on existing poles to illuminate sidewalks for additional pedestrian safety at night. To improve traffic safety, curb bump-outs will be constructed to guide vehicles through existing lane shifts and prevent illegal parking. At locations where properties have multiple access points to a parking lot or property, select driveway entrances on Broad Street will be permanently closed to further improve traffic safety and reduce rear end crashes.

The paving project limits are from 3rd Street to the city/county line just west of Staples Mill Road. 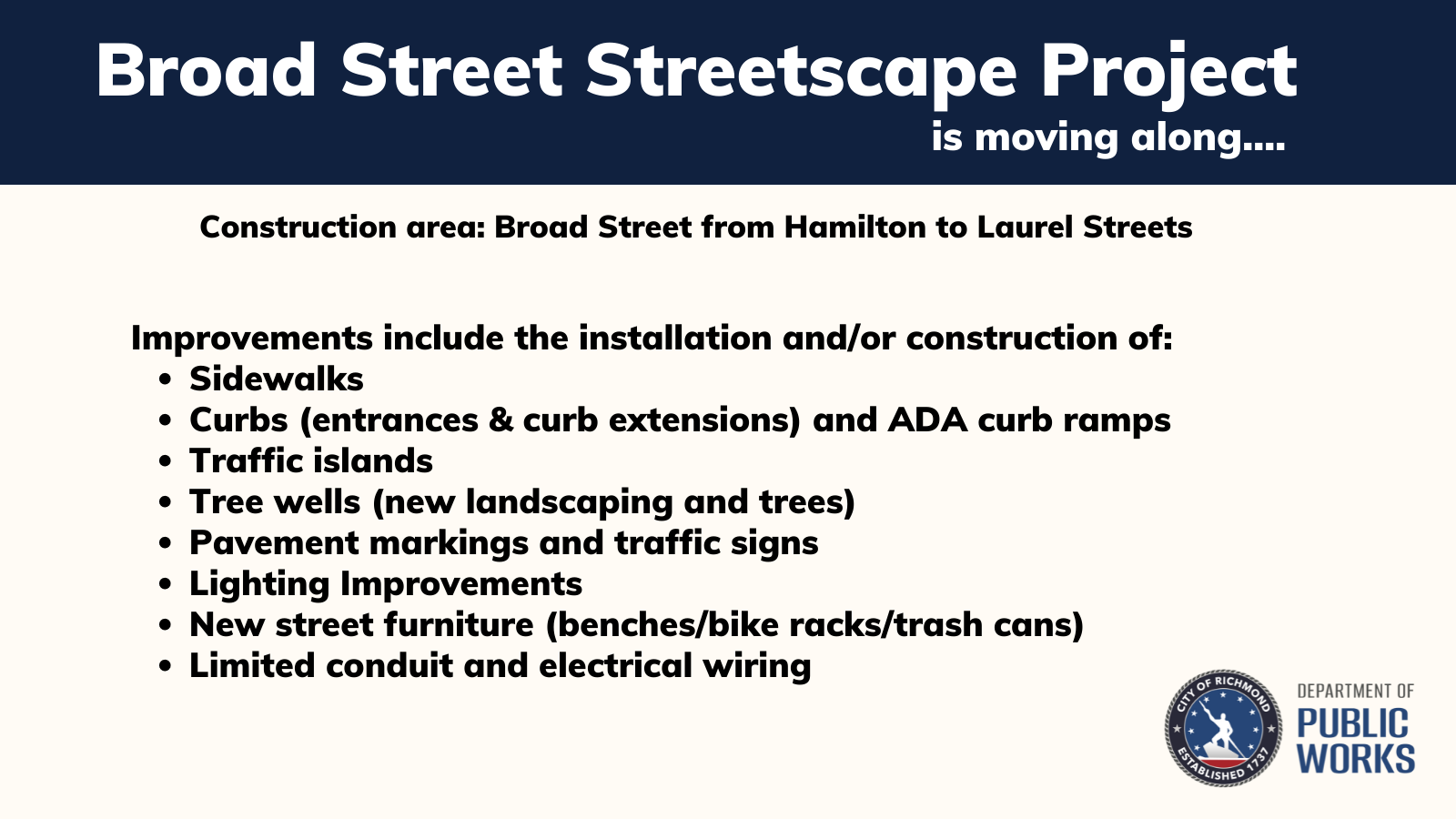 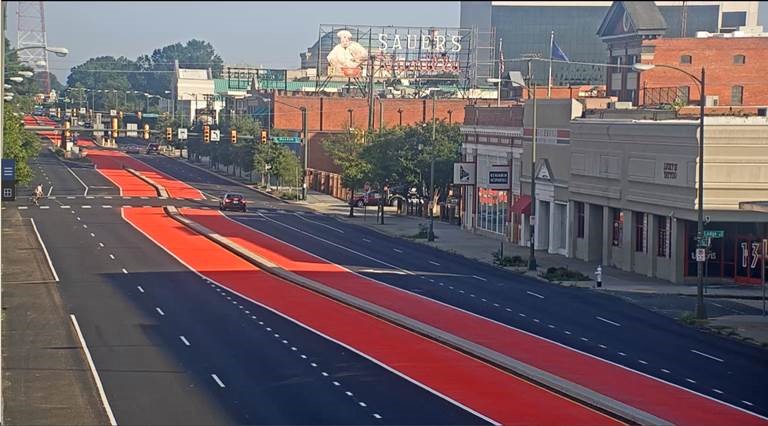 Area: Construction along Broad Street from Hamilton to Laurel Streets 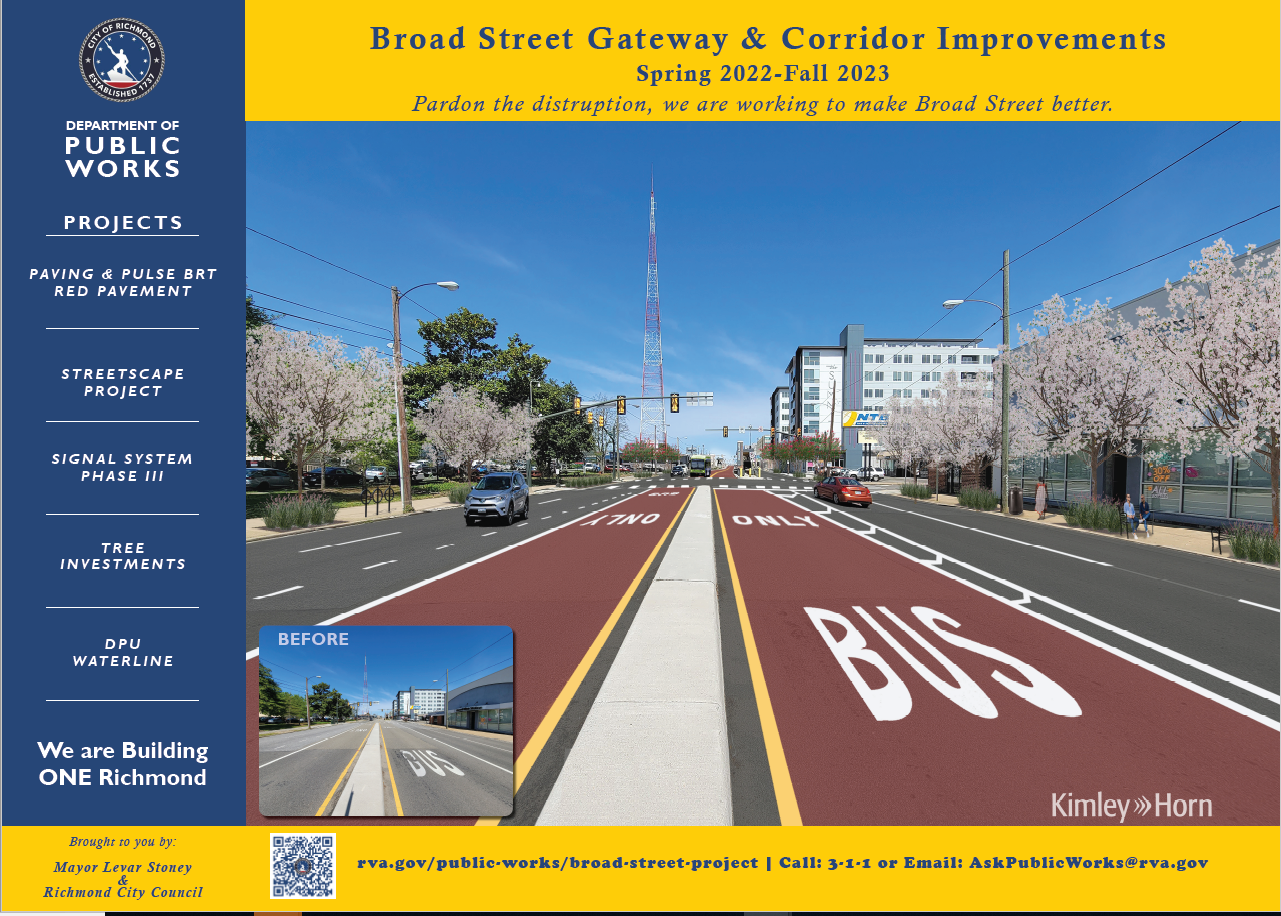 Streetscape improvements include the installation an/or construction of:

Paving work will be completed in five (5) segments. Each segment will be done from the outside lanes to the inside, north side, then returning on the south side:

Note: Work will primarily be in the sidewalks 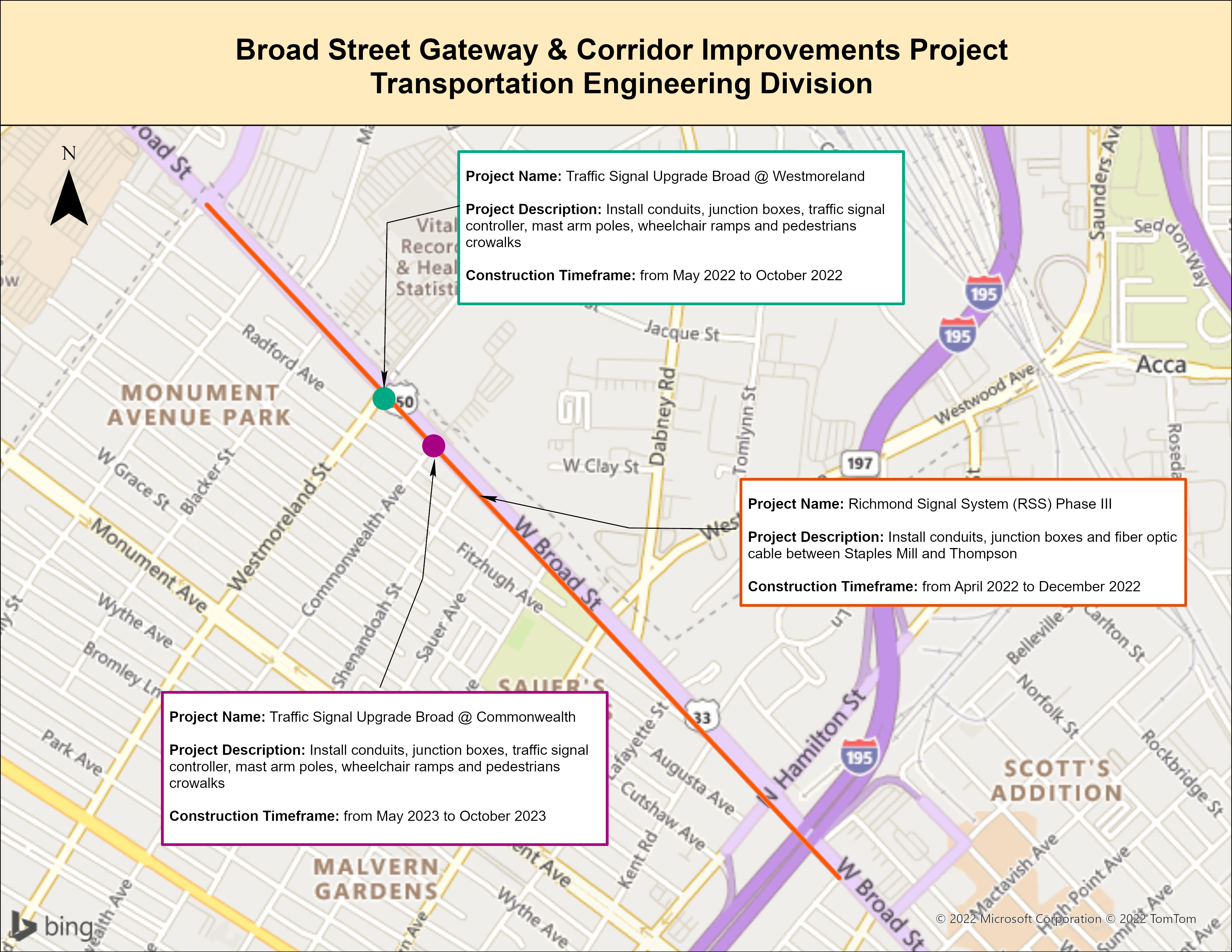 The Downtown area was completed in Phase I and South of the James River in Phase II. Communications between the traffic signal central system and each traffic signal controller provide enhanced remote monitoring, optimized and efficient signal coordination, transit signal priority along the Pulse Corridor, special events management, and maintenance capabilities, which benefit the City and all roadway users.

Funding for this $7.3 million project was provided through the Congestion Mitigation and Air Quality Program from the Federal Highway Administration and the Virginia Department of Transportation. The project is also in partnership with the Richmond Regional Transportation Planning Organization.

Timeframe: Construction expected in the spring of 2023

Area: Along Broad Street from 3rd Street to I-95

Quick Overview of All Projects 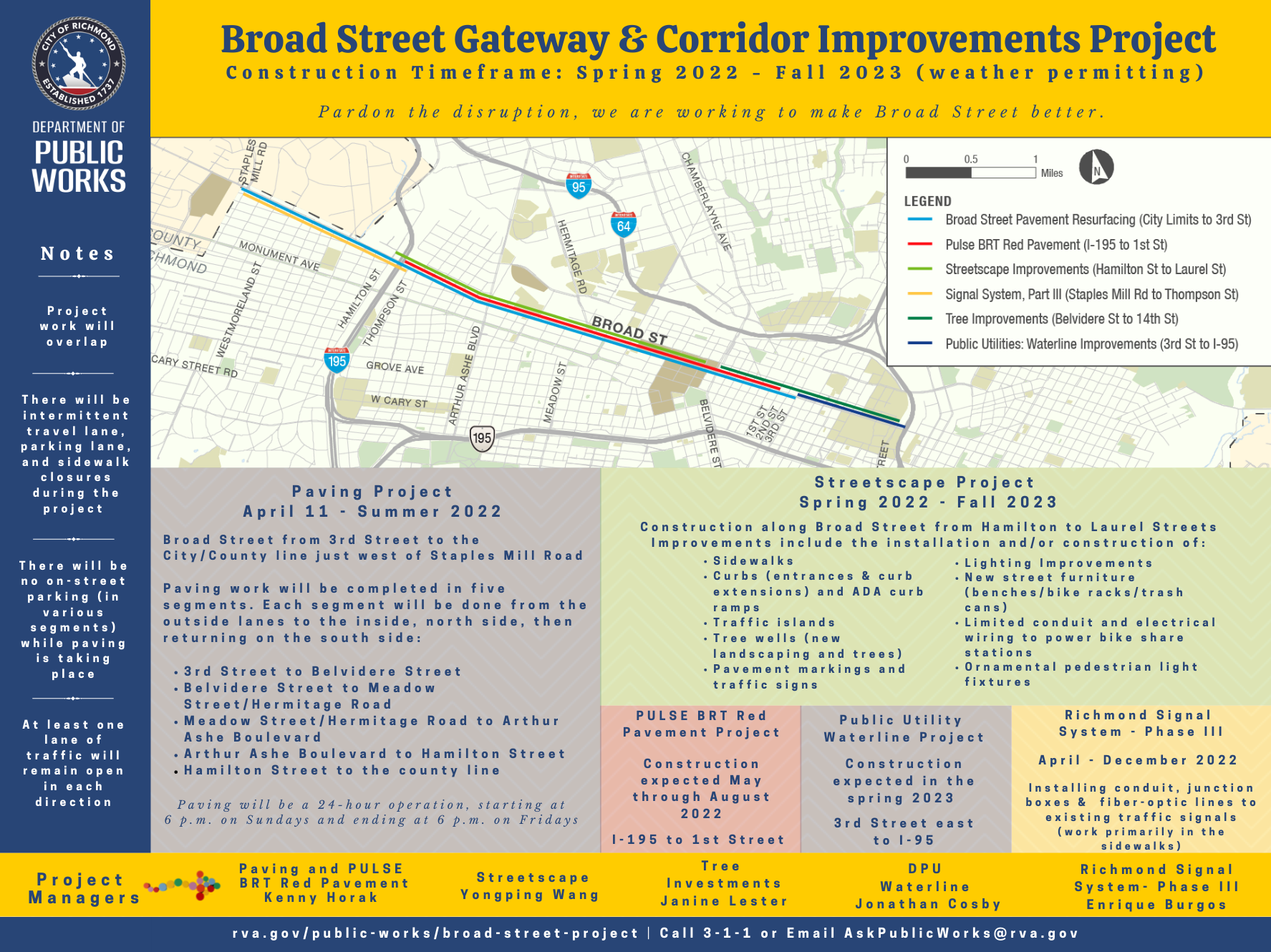