RVAStrong - Get and give help during the COVID-19 pandemic 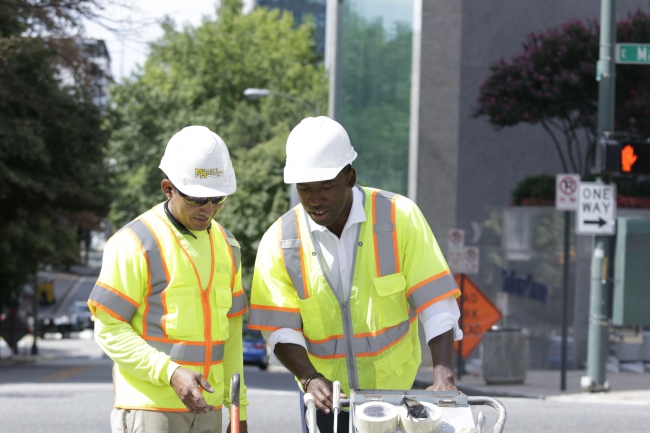 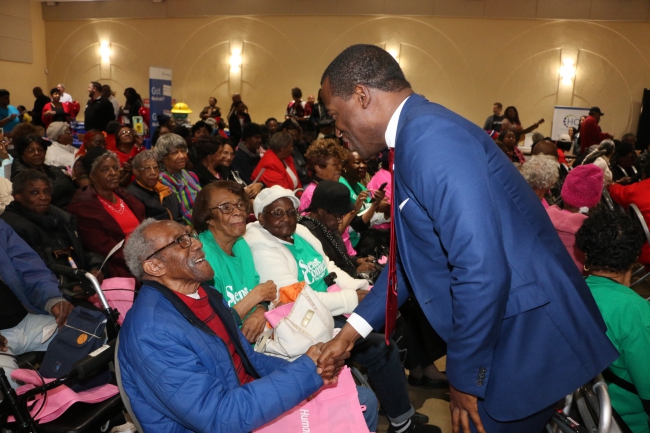 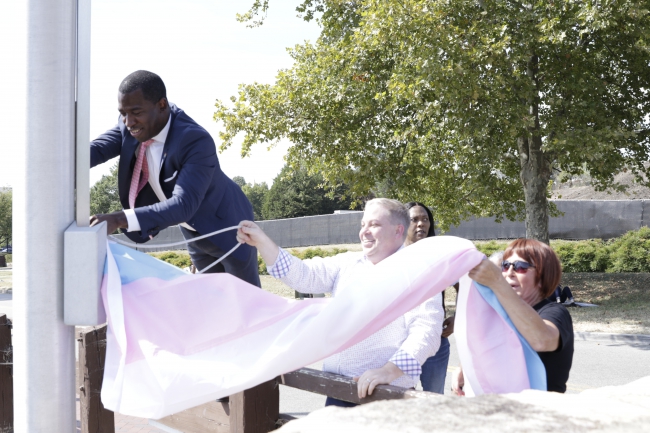 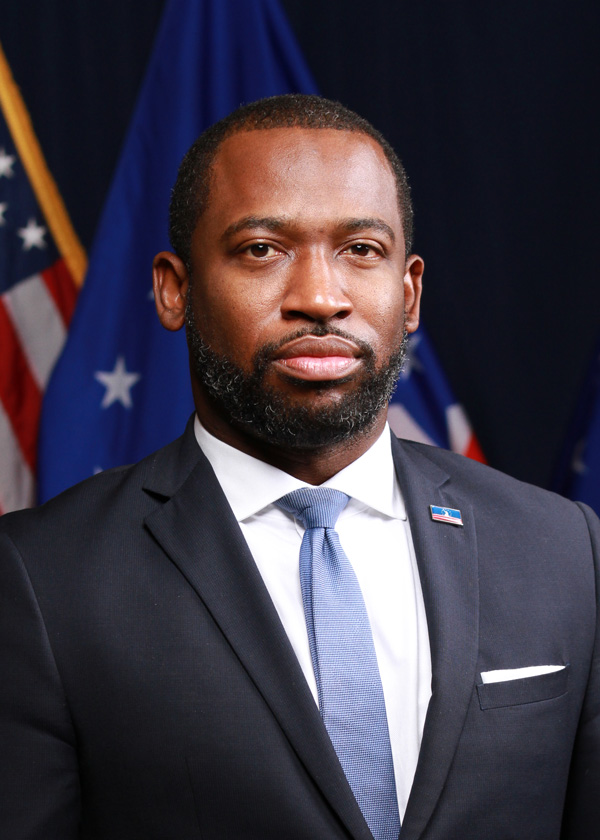 Levar M. Stoney is serving his second term as the 80th mayor of the City of Richmond and is the youngest person to hold the office. He is an Advisory Board member of the U.S. Conference of Mayors, where he chairs the Children, Health and Human Services committee. He also serves as President of the Democratic Mayors Association.

Mayor Stoney was raised in the Hampton Roads region of Virginia by his father, who was a custodian, and his grandmother. A product of Virginia public schools, he grew up on free and reduced lunch and was the first in his family to earn a high school diploma. He went on to graduate from James Madison University, earning a B.S. in Public Administration and Political Science.

After graduation Mayor Stoney settled in the capital city to pursue his passion for public service, beginning his career serving in then-Governor Mark Warner's office. He rose through the ranks to serve as the Executive Director of the Democratic Party of Virginia in 2008 and then as Deputy Campaign Manager for Governor Terry McAuliffe's successful gubernatorial campaign in 2013. In 2014, Mayor Stoney became the first African American Secretary of the Commonwealth and the youngest member of Governor McAuliffe's cabinet.

As Secretary, he was the driving force behind the Governor’s efforts to restore the civil and voting rights of more than 150,000 returning citizens. Under Stoney’s leadership, the McAuliffe administration restored more rights to Virginians than the previous seven gubernatorial administrations combined.

Mayor Stoney believes government can play a powerful role as a creator of opportunity for all residents. Knowing that our children are our most precious asset, Mayor Stoney has made investing in children and families his top priority. During his term, he has made the largest individual budget investment in public education of any mayor in a generation, putting more funding into the classroom and the maintenance of school facilities. His administration has constructed three new schools in Black and Brown neighborhoods. Recognizing government cannot do it alone, the Mayor built a partnership with local out-of-school time providers and the philanthropic community to create access to a quality afterschool programming for every RPS child enrolled in elementary and middle school.

A strong advocate for economic growth, Mayor Stoney launched programs that strengthen neighborhoods and ensure all residents share in the city’s progress. Using the award-winning Richmond 300 plan as a guide, the Mayor’s administration has prioritized the creation and preservation of quality affordable housing, public works infrastructure, transportation and jobs.

As Richmond emerges from the Covid-19 pandemic, the Mayor has pledged to invest a record $10 million per year in the Affordable Housing Trust Fund in perpetuity -- a 1,200% increase from the start of his mayoralty. Mayor Stoney also founded the Eviction Diversion Program, a first of its kind program designed to address Richmond’s troubling eviction rates.

Mayor Stoney has made upgrading city infrastructure a major priority. His administration’s historic investments have resulted in newly paved roads in often neglected neighborhoods, and the dedication of $78 million in American Rescue Plan Act funds toward the rehabilitation and construction of four community centers that will provide access to recreation and city services within walking distance of 100,000 city residents.

Under his leadership, the Central Virginia Transportation Authority (CVTA) approved a $113 million regional investment that will enable the completion of the Fall Line Trail. A bus rapid transit system, the GRTC Pulse, launched, exceeding all ridership expectations. Thanks to further investments and administration support, mass transit in the city is now free for all riders.

Mayor Stoney did not shrink from confronting Richmond’s difficult history. In 2020, he ordered the removal of all confederate iconography in Richmond, representing a pivotal shift to a more inclusive and equitable city for all of its residents. Additionally, Mayor Stoney’s LGBTQ+ inclusion efforts have been lauded by the Human Rights Campaign. The city’s Municipal Equality Index (MEI) score has risen from 42 to 100 during his term, leading to the mayor being honored in 2019 as an “OUTstanding Virginian,” by Equality Virginia.

Mayor Stoney was named the Richmond Times-Dispatch 2016 Person of the Year. He is a Rodel Leadership Institute Fellow, a member of the New Deal Leaders network, a Mayor’s Institute on City Design Fellow, a Daniel Rose Land Use Fellow, a Bloomberg Harvard City Leadership Initiative participant and the inaugural Chair of the Mayors Alliance to End Childhood Hunger. He is also a lifetime member of the N.A.A.C.P. and a board member of the local non-profit Great Aspirations Scholarship Program (GRASP).