Sign up for RVAgreen 2050 updates and opportunities for input!

The mission of the Office of Sustainability is to enhance the quality of life for all residents by making Richmond equitable, healthy, and resilient. The Vision is that all Richmonders, regardless of their identity or neighborhood, thrive in a climate-neutral community. The Office works at a systems level to change the underlying policy and structural mechanisms within city government and the community in the areas of climate action, resilience, and equity.

Climate action is focused on reducing greenhouse gas emissions from Richmond city government and the community. Resilience is focused on preparing the Richmond community for the impacts of climate change and adapting to those impacts. Equity means racial equity which is when race can no longer be used to predict life outcomes and outcomes for all groups are improved (as defined by the Government Alliance on Race and Equity (GARE)).

The City’s first sustainability plan was developed in 2011 and adopted by Richmond City Council in 2012. It was designed to improve the quality of life for residents, create a healthy environment and enhance economic opportunity in the City of Richmond. It had 55 initiatives within five focus areas: economic development, energy, environment, open space and land use and transportation.

RVAgreen 2050 expands on the solid foundation formed by the RVAgreen Sustainability Plan. It is the next evolution of the city’s sustainability and resilience program.

The city has an ambitious goal to reduce city government and the community's greenhouse gas emissions 45% by 2030 using 2008 emissions as the baseline and achieve net zero emissions by 2050. This goal is essential for an equitable, healthy, resilient and prosperous Richmond.

The Office of Sustainability conducts a Community Greenhouse Gas Inventory to measure all greenhouse gas emissions throughout the community – the impact of everyone who lives in, works in or visits Richmond. It conducts a Municipal Greenhouse Gas Inventory to measure the emissions of city government operations – from electricity consumption in city buildings to the gas used in city vehicles.

Progress toward these greenhouse gas emissions goals will be measured against the 2008 baseline inventory.

Mayor Levar Stoney and the City of Richmond have committed to several national and global compacts to mitigate and adapt to climate change.

Climate Mayors: Joining mayors working together to demonstrate leadership on climate through meaningful actions in their communities, and to express and build political will for effective federal and global policy action.

Mayors For 100% Clean Energy: Pledging support for a community-wide transition to 100% renewable energy.

We Are Still In: Joining mayors, cities, states, companies, universities and non-profits across the world in recommitting to meet the targets of the Paris Climate Agreement.

The City of Richmond measures and reports its emissions and climate action data to external organizations and this provides a number of benefits:

American Council for an Energy-Efficient Economy (ACEEE): ACEEE is a non-profit organization that acts as a catalyst to advance energy efficiency policies, programs, technologies, investments and behaviors.

Urban Sustainability Directors Network (USDN): USDN is a peer-to-peer network of local governments and their practitioners across the United States and Canada seeking to accelerate urban sustainability and resiliency.

Check out the Sustainability News page for the latest news and announcements!

The international event attracted more than 645,000 spectators with more than 1,000 professional cycling athletes from 75 countries competing in 12 world championship races. Hosting such a large event in a socially and environmentally responsible way was an immense and complicated undertaking.

Sustainability was a key factor in the success of the Worlds and in giving athletes and spectators an extremely positive experience. In making the 2015 Road World Championships a sustainable event, the city also moved its broader RVAgreen sustainability initiatives forward. Read more about the achievements to reduce waste, reduce transportation emissions, be healthy, and leave a positive legacy for future events in the Sustainability Report and infographic. 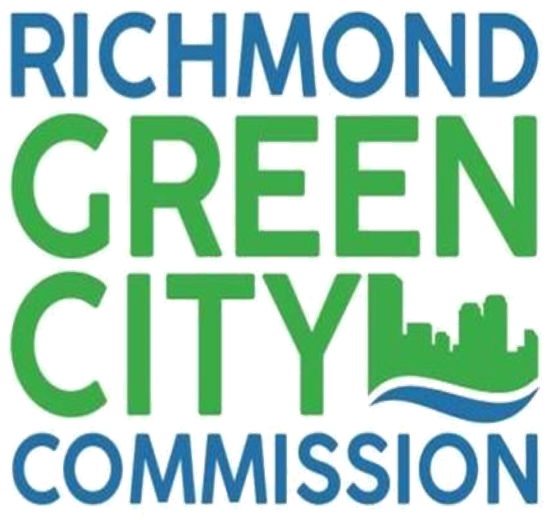 Established by City Council in 2009, the Green City Commission is a nine-member group of sustainability experts in areas such as green building practices, energy efficiency, transportation and urban forestry. The responsibilities of the Commission include:

Check out the Green City Commission’s quarterly meeting schedule, agendas and minutes on the Office of the City Clerk website.